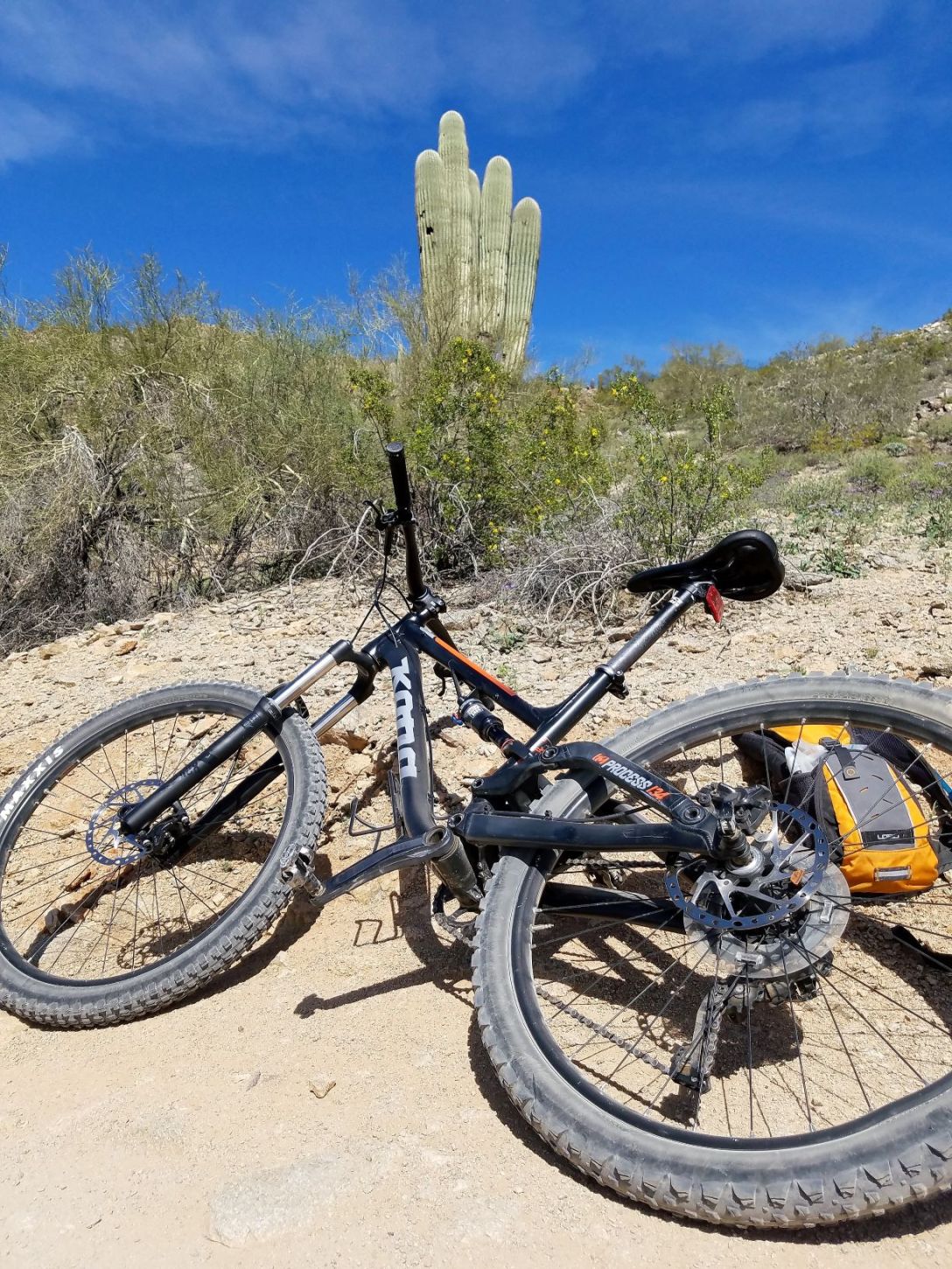 I’ve historically had bad luck with mountain bike rentals in Arizona. The last two intentionally tried to kill me by lurching into sharp rockery and another one broke down and left me stranded seven miles into a solo desert ride. So this time I rented a “premium” model – a 1×11, full-suspension bike with *working* hydraulic disc brakes, 27.5” wheels, and a seat that doesn’t shift unexpectedly beneath its rider. As a lifetime hardtail enthusiast, let me just say one thing: Wow.

For those who don’t ride mountain bikes and can’t relate to how momentous this was, just imagine that you’ve spent the last 40+ years eating applesauce for dessert—it’s a little lumpy and usually makes your insides hurt when you’re finished, but you keep eating it. Not because it’s inexpensive or because you need more soluble fiber in your diet, but simply because you’re an idiot. Then one day you decide to try a milkshake. Not only is it smooth and delicious, but it also makes you feel a little less old, like someone who still has a nice headful of hair underneath his sweaty bandana. Obviously you can’t go back to eating applesauce after that, but if your spouse really loves you she’ll support this decision wholeheartedly.